We launched our rowboats in the Oxford Canal, a man-made waterway traversing Oxfordshire.  These waterways were created several hundred years ago, and now the banks have matured with a growth of willows, hawthorn, and bulrushes.  We paddled gently past small fields enclosed by tidy hedgerows and villages of stone and brick.  The canals were surprisingly quiet, and most of the time Julie and I were by ourselves as we paddled through one of the most densely populated countries in the world.  The traffic that we did encounter on occasion were invariably the narrow canal barges, brightly painted and usually skippered by couples enjoying the  English countryside from their floating R.V.s.

The canals have no currents and changes in elevation are managed with locks: a set of aquatic gates where the water level can be lowered or raised to move a boat to a different level.  These locks are hundreds of years old, and it is up to the boaters to operate the machinery.  For Julie and me it was exciting to crank the old levers and watch thousands of gallons of water swirling and churning around our boats.  Within minutes our vessels would be transferred to a different height and we would continue on our way.

Eventually, the rural charm of the Oxford Canal came to an end and we emerged at the mighty Thames River at the city of Oxford.  We are currently following the Thames towards London and will soon reach the North Sea. 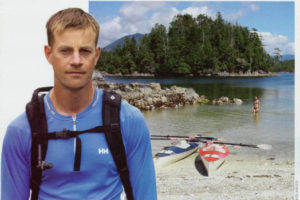 Last April we were rowing and towing our boats out[...] 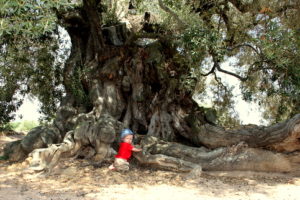 My book Olive Odyssey is slated to come out this[...]