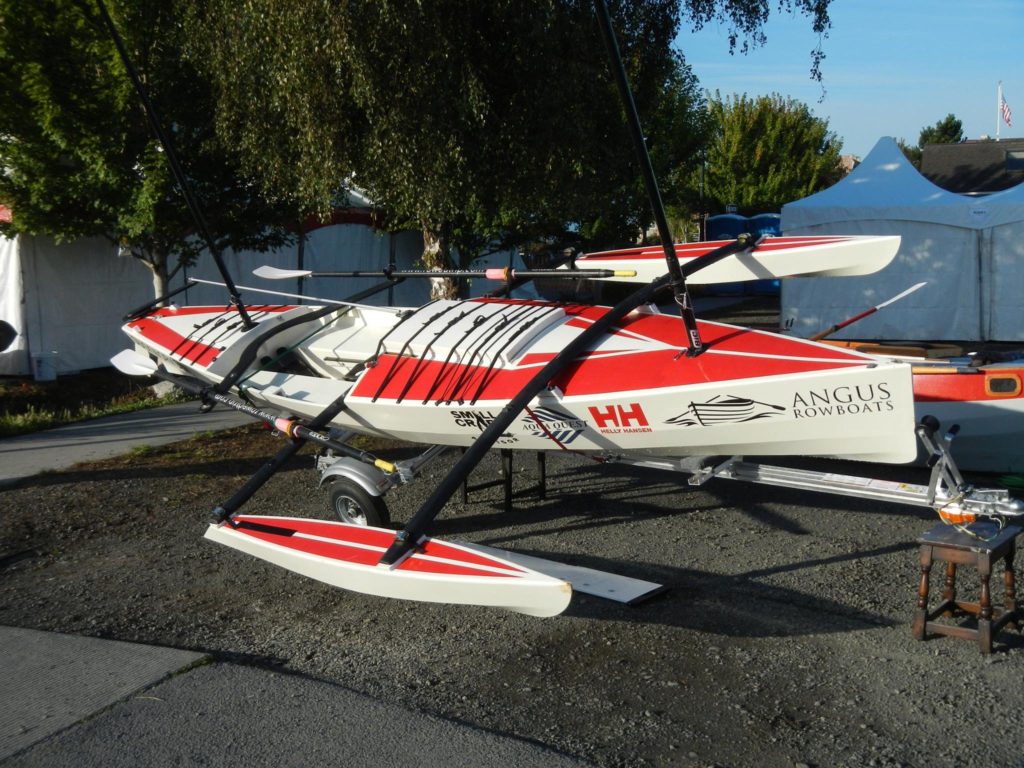 This 1200 km unsupported slog along the entire West Coast of Canada has been dubbed the most gruelling aquatic race in North America.  It starts in Port Townsend, Washington and ends in Ketchikan, Alaska.  The rules are simple: no motors, anything else goes.

Colin used a small trimaran he designed and built himself through his company Angus Rowboats.  At only 200 lbs. this boat could be rowed efficiently with a sliding-seat system, and sailed at good speeds when winds were present.  Colin lived continuously in the canoe-sized vessel for duration of the race.  A tiny cabin provided a sheltered spot to sleep while at anchor, and the rest of the time (18+ hours per day) Colin was in the cockpit rowing and sailing.

The course took in some of Canada’s most dramatic and wild coastal scenery.  Bus-sized whirlpools, submerged reefs, and volatile weather patterns were all part of the mix. The race went through the heart of the territory under the stewardship of BC Marine Trails, and it was privilege to see the great work BC Marine Trails does to preserve and maintain this region for small boaters.

Colin in the R2AK