Colin Angus is a leading adventurer, filmmaker and bestselling author of Amazon Extreme, Lost in Mongolia, Beyond the Horizon and Rowed Trip.

He was awarded National Geographic’s Adventurer of the Year award for being the first to circle the world exclusively by human power, was listed by Outside Magazine as one of the world’s top 25 bold visionaries and is a Canadian Geographic Fellow.

Colin’s human-powered circumnavigation of the world included travelling 43,000 km in 720 days, rowing across the Pacific and Atlantic Oceans, trekking and cycling through 16 countries, enduring winter in Siberia and searing heat in the tropics. He is also the first to raft the world’s fifth longest river, the Yenisey, and is one of a handful of teams to successfully raft the Amazon river from source to sea.  Colin’s spent years offshore sailing and has rowed thousands of kilometers in waterways around the world.

Colin is regularly featured on television and radio shows, including The Hour, Canada AM, The Current, and Daily Planet, as well as magazines and newspapers such as the Globe and Mail, Men’s Journal, Outside, and Reader’s Digest.

Angus’s success in achieving the seemingly impossible relies on a unique strategy he has developed for increasing human potential. He is a gifted motivational speaker who has presented at hundreds of events to a broad range of clients.  Read some of his testimonials to see the lasting impact he leaves on his audiences.

Click on the following links for PDF documents that can be downloaded or printed. 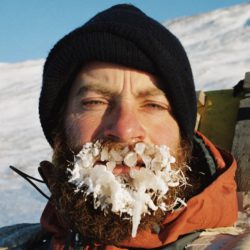 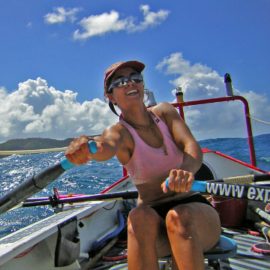