Across the English Channel and into France

Home Rowed Trip ExpeditionAcross the English Channel and into France

Across the English Channel and into France

We were worried about crossing the English Channel in our homemade boats.

Numerous people warned us about the dangers of the world’s busiest shipping
lane – steep waves, quickly changing weather, and, of course, speeding
ferries and tankers. . Our plan was to row from Dover to Calais, a distance
of 21 miles.
We left at 4 a.m., in near darkness, rowing into steep and rolling waves and
an uncomfortable wind. The weather was not ideal, but it was predicted to
get worse in the upcoming days so we had to take our chances. A robust
fishing boat chugged beside us; it was our support vessel, which is required
by French regulations. The sky was aglow with pre-dawn blush and Dover’s
white cliffs of calcium carbonate were slowly illuminated. By the time the
sun rose we were a third of the way across the Channel. The horizon was
dotted with freighters, their massive wakes rocking our boat. England
faded from view and soon the hazy outline of land appeared over my shoulder.
France slowly became more distinct and eventually we could see Calais’s
sandy beaches dotted with tiny huts on stilts.

After just under 5 hours of rowing we stepped onto a French beach. My legs
felt wobbly from the exertion but I was ecstatic. Not only had we made it,
but we’d done it quickly. We were faster than the Olympic rower who crossed
the Channel a few months ago but nowhere near the record time of 3 hours and
14 minutes. We figured it wasn’t too bad for homemade boats carrying
bicycles and trailers.

Two days later we launched our boats in the Calais canal, taking us away
from this French border city and into endless farmland dotted with
unassuming villages. Fishermen sat on the canal banks, their rods searching
for pike while barges powered past us and small slimy unidentifiable corpses
bobbed beside us. The canals weren’t quite as picturesque as their English
counterparts but it was pleasant being on calm waterways again. Sadly our
journey was short lived and soon we learned that we were not allowed to pass
through all the locks. Steep walls of metal lined much of the canal making
portaging impossible so we placed our boats on their trailers and continued
through the French countryside by bicycle. Now we are cycling and
occasionally paddling through Northern France en route to the Rhine River in
Germany. 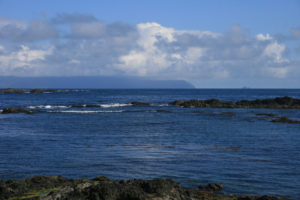