Julie is an accomplished adventurer, scientist and bestselling author of Rowboat in a Hurricane, Rowed Trip and Olive Odyssey. She is the first woman to row across the Atlantic Ocean from mainland to mainland and a recipient of the National Geographic Adventurer of the Year award.

She has also cycled across continents, rowed thousands of kilometers of coastlines and rivers, and organized a National Geographic expedition that sailed the ancient Phoenician trading routes to research the olive.

Explore Magazine listed her as one of North America’s leading adventurers and in 2016 Canadian Geographic named her one of Canada’s Greatest Women Explorers. She is a recipient of the McMaster University Arch Award and a Canadian Geographic Fellow. She is regularly seen on television shows such as Canada AM, CBC Sunday News and Daily Planet.

Julie is a scientist with an B.Sc. from McMaster University in Psychology and Biology and an M.Sc. in Molecular Biology from the University of Victoria. She also studied at the University of Leeds in England. She spent a decade developing therapeutics for genetic ailments and cardiovascular disease as a researcher and in business development. Currently she is the co-founder of the boat company Angus Rowboats.

Julie is an engaging and entertaining motivational speaker who inspires audiences and demonstrates techniques we can all use to reach goals and overcome challenges.

Her clients include corporations, non-profits and organizations. She has made a lasting impact on tens of thousands of people through her presentations and you can read some of those testimonials here.

Click on the following links for PDF documents that can be downloaded or printed. 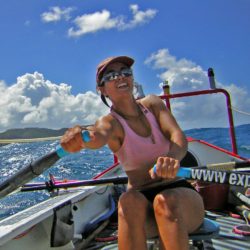 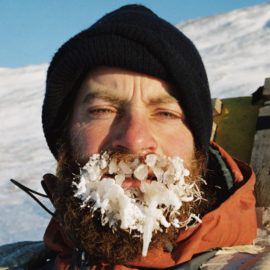