About Julie and Colin

Julie and Colin Angus are adventurers, authors and filmmakers.  National Geographic gave them the Adventurers of the Year Award and they are the best-selling authors of six books.  They write for magazines and newspapers that include The Globe and Mail, National Post, Reader’s Digest and Cruising World; their documentaries have been internationally broadcast, winning Best Adventure Film awards at the Telluride Mountain Film Festival and Taos Mountain Film Festival. 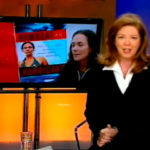 Colin and Julie are regular guests on television and radio shows, including The Hour, Canada AM, The Current, and Daily Planet, and often appear in magazines and newpapers such as the Globe and Mail, Men’s Journal, Outside, and Reader’s Digest.