We’ve had the chance to explore many beautiful and remote places.  Find out more about each of our expeditions. 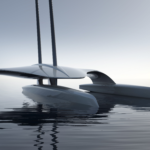 Find out what’s next. 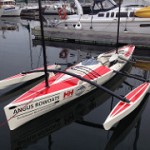 In June 2016 Colin Angus will be participating in the R2AK challenge, a small boat race from Port Townsend, Washington to Ketchikan, Alaska. This 1200 km non-stop race, hosted by the Northwest Maritime Center, is the most gruelling boat challenge in North America.  Colin will be using a custom-designed rowing craft he designed through his company Angus Rowboats. 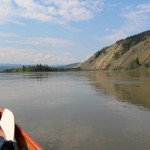 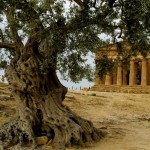 Olive Odyssey is a quest to expose the secrets of the world’s most influential fruit. Why do Sardinians, who consume vast quantities of olive oil, have more centenarians than anywhere else? Who picked the first olive and forever changed the world? 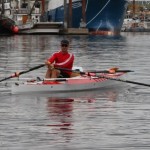 In June 20, 2011 Colin Angus departed from Comox, BC in an attempt to break the record of circumnavigating Vancouver Island by human power. Traditionally, the record has been held by kayakers, but Colin attempted it in a rowboat he designed and built himself. 15 days, 11 hours, and 47 minutes after beginning Colin returned to Comox successfully completing his 1100 km voyage and breaking the record. 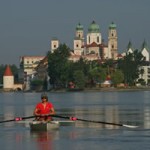 Rowing and cycling from Scotland to Syria

In September 2008, Julie and Colin Angus completed a 7 month, 7,000 km journey from the northern tip of Scotland to the heart of Syria using exclusively human-powered amphibious rowboats. 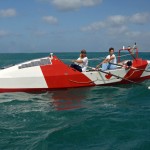 Circumnavigating the World by Human-Power

In June, 2004, a team of three, including Colin Angus and his fiancée (now wife), Julie Wafaei, left Vancouver on their bicycles. Nearly two years later, they rolled back in, looking like castaways, and having completed the first human-powered circumnavigation of the globe – a feat involving rowing unsupported across two oceans and trekking through 17 countries. 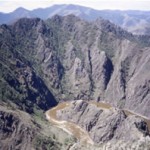 The First Descent of the Yenisey River

he Yenisey River is born in the heart of Mongolia and flows north, through Siberia, and on to the Arctic Ocean. It is the fifth longest river on the planet, and at the arrival of the new millennium no one had ever navigated its entirety. Colin, along with his adventuring friend, Ben Kozel, and two others, endeavored to be the first to run the Yenisey.

The Amazon River begins as a maelstrom of whitewater high up in the Andes Mountains. From eighteen thousand feet, it cascades down to the Amazon Basin below through deep fractured canyons. In 1999 a multi-national team set out to run the full length of the Amazon River. Colin Angus of Canada, Ben Kozel, Australian, and Scott Borthwick, South African began their attempt in September. 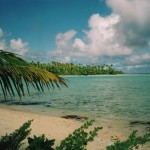 Colin spent five years (three of them solo) sailing a small boat across the Pacific Ocean. It was an odyssey that began in Canada and ended 20,000 km later in Papua New Guinea. It was never meant to be an expedition – just an adventurous lifestyle that fulfilled a boyhood dream.