Home Race to Alaska (R2AK)R2AK Day 13 – Alaska in Sight, Going Through the Night

Colin is 60 km from Ketchikan.  He can see Alaska!

It’s been another long day for Colin.  The morning started off windless, then came modest headwinds, which persisted for most of the day, except for a brief respite of gentle tailwinds.  He’s been rowing pretty much all day and is thrilled to finally be approaching Ketchikan.  He’s back in cell phone reach and it’s nice to hear his voice and get the occasional update.

Today he’s had several big crossings, from his anchorage on Porcher Island across to the Dundas Island group and then to the mainland.  He’s tired but I think the sight of Alaska is keeping him at the oars. I say this because it’s dark already and he’s still going.  I don’t know how long he’s planning on going for but the thought of a hot coffee, cold beer and no more rowing must be keeping him motivated.

Just as I finished typing this, Colin called.  He tried to go into an anchorage that looked promising on his map, but it turned out just to be a river gushing out.  Now it’s too late to find another anchorage as it’s dangerous to go close to shore in the dark.  So Colin has no choice but to continue throughout the night.  He said not to worry, that he’s warm in his drysuit and will just sail or drift.  After rowing for 15.5 hours today, he’s done rowing.  Let’s hope the night goes well and that tomorrow he can relax in Ketchikan. 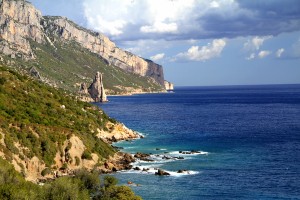 Our journey down the length of the Danube River in[...] 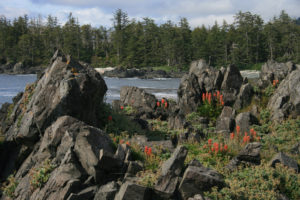