Four women have just begun an expedition to paddle the entire length of southern Siberia’s Amur River, the world’s tenth longest river and third longest free-flowing river.  Their project, Nobody’s River, will also document the unique ecosystem through scientific data collection and the production of a documentary.

Sabra, Becca, Amber and Krystle call themselves “untamed women” running an untamed river.  Besides being seasoned whitewater paddlers, their day jobs are as a River Ecologist, a Grand Canyon Guide, a Wilderness Physician Assistant and an Adventure Photographer.   They’re recipients of National Geographic’s Young Explorers grant and have successfully raised the $90,000 budget needed for their expedition. 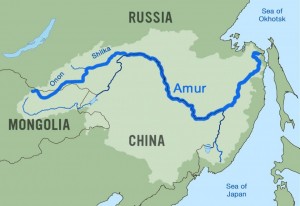 The Amur River runs through Mongolia, Russia and China.  Its headwaters begin in Mongolia’s Khan Khentii National Reserve, a day’s travel north of the capital Ulaanbaatar, and it empties into the Pacific Ocean some 4444 km later.  Beginning as the Onon River in Mongolia, it merges with the Ingoda River in Russia to form the Shilka and 1373 km later, when the waters from the Arug join it, the river becomes the mighty Amur-Heilong.  The Amur then continues along the border of Russia and China, defining it, until it empties into the Sea of Okhotsk.

By all accounts the Amur is a remarkable river, beginning high in the mountains and created from a diverse watershed that includes desert, steppe, tundra and taiga.  It is home to the mighty kaluga, a fish that can grow to be 5.6 metres, and is vital for food, transportation and harmonious relations between China and Russia.

The team left for Mongolia on May 30th and you can follow their expedition on the Nobody’s River Project website.  Thanks goes to Michael Smit from Comox for bringing this expedition to our attention, and if you’ve heard of any interesting expeditions please let us know. 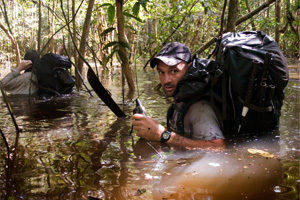 Ed Stafford has been walking beside the Amazon River for[...]