For those of you closely following Colin’s route, you will have noticed that Colin’s tracker stopped sending updates at 7:45 this morning.  He had been rowing for just over 3 hours and came into Schooner Bay.   He send me an okay message using the tracker, and I think that shut off the tracking device somehow.  That happened once before on one of his training rows.

Anyways, I was worried so I went to Schooner Bay and points further along to see if I could spot him.  But I didn’t, so I am going to assume that all is well and he’s making great progress.  I’ll post an update after talking to him tonight. 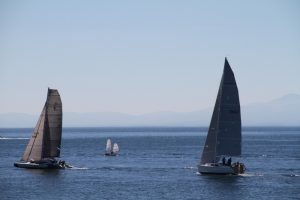