It’s been quite a month for Colin and me. The Amazon tour was a huge success with packed venues and sold-out shows. It was fantastic finishing off in the Comox Valley with a final sell-out. Thank you to everyone who came out!! Now, we have to focus on our upcoming expeditions.

Colin’s circumnavigation of Vancouver Island will start within the month. As of June 15th, he’ll be watching the weather to choose the best departure date. He’ll be leaving from Comox and travelling counter-clockwise. The record that he’s trying to break is an impressive 16.5 days, or 396.23 hours to be exact, which was set by kayaker extraordinare Joe O’Blenis last summer. Colin will use the expedition rowboat for the journey, the exact same boat he used on our Scotland to Syria trip. He’s rowed some 4,000 km in that boat already and this quest will tack another 1,150 km onto that. That’s a well travelled rowboat!!

Colin’s weekly training schedule includes three high intensity rows and one long row of about 70 km.So far he’s doing well and feeling strong.You may remember that originally he planned to do this row last summer, but he had to postpone it because of a problem with his neck.He’s recovered from that and it doesn’t seem to be recurring, so let’s keep our fingers crossed that he stays healthy.

As long as he stays in good physical shape, the main ingredient for success is the weather. The northwest coast of the island in particular is renowned for bad weather and big cliffs. During low pressure systems gale force winds regularly blow from the south. During times of high pressure gale force winds blow from the northwest. So the key is not to avoid the gales, but hope that they are in your favour.

The start of the Olive Odyssey expedition is just over two months away, and we have a lot of exciting news about that as well. National Geographic has awarded the expedition a grant and is working with us on various aspects of the journey. I have also received three Canadian arts grants for my book on the expedition, which is being published by Greystone Books in September 2012. Canada Council for the Arts, BC Arts Council, and Access Copyright Foundation are all supporters of this book project.

We’ll be away for more than four months for the journey and during that time are renting out our house. It’s a four bedroom home in beautiful Comox. We’re right in town, so it’s just a short walk to downtown or the beach, yet it’s private with a backyard that has a stream running through it and sits next to a park.

Since we bought our home, we’ve undertaken quite a few energy savings upgrades, from replacing the windows to adding insulation to the attic.We blogged about them in a series called greenovations.Although we knew the energy savings would add up, we couldn’t have guessed how much.Thanks to BC Hydro’s powersmart program, now we know.We saved an impressive 26% in 2010 compared to the year before.

For this month’s adventurer we’re featuring Sarah Outen. She is the first and only women, as well as the youngest person to row across the Indian Ocean, which is just part of a much larger project circling the world by human power. Roz Savage, another ocean rower who we previously featured for becoming the first to row across the Pacific Ocean is currently crossing the Indian Ocean.

Happy May long weekend to you.

Julie and I are back from a week-long rowing voyage[...] 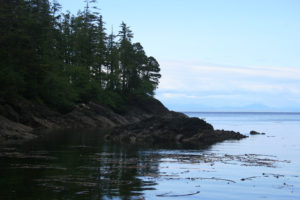 For those of you closely following Colin's route, you will[...] 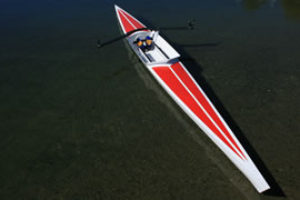 We’ve designed and built our newest rowboat, the Cambridge Racer.[...]