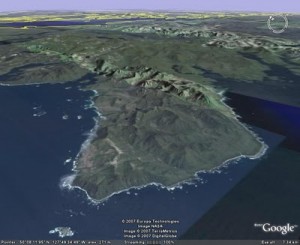 Colin’s made it past Brooks Peninsula!! He began just after 4 am and by 11 am he had passed it. He then continued on until nearly 5 pm, rowing an impressive 76 km and pulling ashore at a small island near Rugged Point Marine Provincial Park.

If you look at his route, you’ll notice that he’s rowing quite far from shore. That’s because another danger he’s currently dealing with are the submerged reefs that abound in this region. He calls them boomers, and they’re impossible to see until a large wave hits them. Then they create an enormous wave far from shore. These waves can be 50 feet high, which is more like the famous surfing wave Jaws in Maui and not anything he’s keen on testing out with a rowboat. Because he’s in a rowboat and has to turn his head to see where he’s going, it’s harder to spot the boomers that lie ahead.

When I spoke to Colin, he sounded happy to have this hurdle behind him but when I gave him the marine forecast that happiness faded. The forecast is for strong winds from the south for the next few days. This means his already blistered hands are going to get worse and if they are indeed as strong as the forecast predicts, he’ll have trouble making any progress. But weather forecasts are notoriously wrong and we’re crossing our fingers that will be the case here. 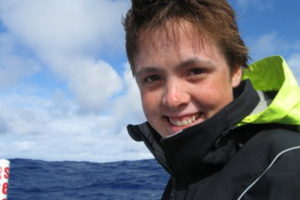 Sarah Outen – Around the World by Human Power 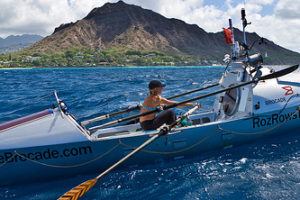