Rob Cassibo cycling around the world.

Rob Cassibo cycling around the world. 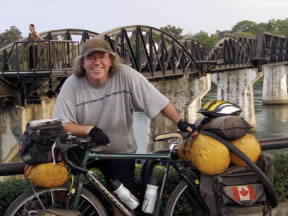 Rob Cassibo cycling around the world. (Contributed to the Rocky Mountain Outlook)

Rob Cassibo’s former life was that of a science teacher at a senior secondary school in Ontario, Canada. His degree in nuclear physics and ability to motivate students bode him well in this profession, and he was named TVOntario’s teacher of the year and Science North gave him a lifetime achievement award for his innovative teaching techniques.

But Cassibo yearned to take a break from his career and explore the world. At the age of 38 he quit his job, sold his home, and pedaled into the sunset. Initially he planned on spending two years on the road, but as new areas of interest beckoned, the journey has stretched into a six-year odyssey. Cassibo has been living on a ten-dollar/day budget in order to stretch his savings for the duration of his cycling journey around the world.

In 2003 when a South African reporter asked Rob about danger, he had this to say, “”The world today is vastly different to the world I started off in. I got on the road less than a month before the September 11th attacks. I’ve missed two entire wars. Maybe it’s a little naive to think a man can still ride his bicycle around the planet, but there are good people and bad people everywhere … I just hope I meet the good ones. If I had listened to the doom merchants I would never had gone to El Salvador, Nicaragua, or even South Africa for that matter.”

Just last week, Rob still felt just as optimistic about the world after six years of travel, “There are far more good people on this planet than bad. Often, it’s only bad deeds that garner attention. It’s not the genuine acts of kindness shown to a stranger.”

And indeed Rob has had ample opportunities to experience worldly hospitality. Some of the regions he’s visited include the length of North America and South America, Africa, Europe, the Middle East, Russia, Asia, Australia, N.Z. and the South Pacific.

Rob’s final leg will take him across the prairies, and he expects to be back in Ontario by mid-winter. 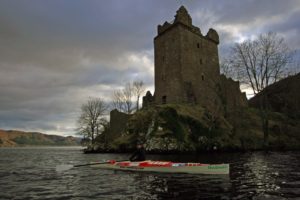 Just when we thought Germany couldn’t get any better, it[...] 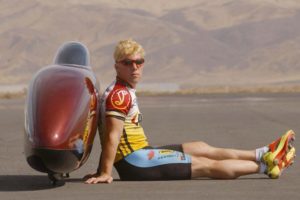