Our son, Leif, was born on Sept 17 and since then life has been, to put it mildly, quite different.  He’s beautiful, spirited and enchanting. He’s also loud, dirty, toots more than Colin, and doesn’t like sleeping at night. It is a wonderful time and undoubtedly will be our best adventure, not to mention our longest. Although we’ve only experienced 5 weeks of parenthood, we’ve already discovered that adventuring and parenting are not all that different.

Firstly, no matter how much you prepare, you will be challenged by the unexpected. On an expedition you risk encountering blizzards, out-of-season hurricanes or unforeseen bureaucratic quagmires. In parenting this is just as true, and from day one Leif has reminded us of this. It began when he forged a less typical route into the world and came out sunny side up, much to the dismay and concern of everyone in the delivery room. Perhaps it’s his Viking namesake that inspires him to navigate the unorthodox routes. Later, we learned one of the few ways to calm his curmudgeonly cries was to vigorously rock his cradle like a small ship in a tempest. Even better, was to energetically dance to his favourite music. We had read enough baby books to fill a library, but no tome warned us we would have to endure British 80s pop to placate our progeny.

Secondly, the more challenging the journey, the sweeter the rewards. We all know the how much better the view is from the top of the mountain if you’ve broken a sweat clambering up the side instead of exiting the tour bus. Well it’s the same with babies. To be honest, I’ve never considered a smiling baby to be anything too remarkable, but with Leif, after enduring three weeks of bellowing cries and scowls that could kill a cat, it was truly astounding watching that glowering face transform into his first smile.

And finally, having a good team is critical to success. On an expedition your team mates, sponsors and logistical support are vital to success. In parenthood a team is equally, if not more, important. Family, friends, doctors, and nurses have helped us navigate the first 5 weeks of Leif’s life. Colin and I approach parenthood as a unit and use similar teamwork skills we’ve honed through our adventures.While Colin’s not so good at breastfeeding the baby, he does do a good diaper change at 3:00 am.

Whew!! That’s enough about babies for now.We do have other news to report. The plans and manual for the Cambridge Racer are now available online for $69 ($89 for the full-sized version) at http://angusrowboats.com/cambridge.html.  This is the rowboat that Colin will use to try to break the 24 hour distance record in 2011. At just under 24 feet long and 38 lbs, it’s a light and lean, perfect for those who like speed but want a little more stability than offered by most racing shells. Also, it’s a bargain when you consider many fully equipped racing shells cost over $5000.

Colin is doing a small speaking tour in BC and Washington State this November. Three of these are open to the public and if you’re in Vancouver BC, Everett WA or Nakusp BC, it’d be great to see you. Colin will be speaking at the Mountaineer’s in Everett on Nov 6th, Vancouver International Mountain Film Festival (VIMFF) in Vancouver on Nov 25th, and Nakusp Secondary School in Nakusp on Nov 27th. Check our website at https://angusadventures.com/tour.html for additional details.

There are lots of exciting adventures going on at the moment. The season on Everest is wrapping up and one of the most spectacular achievements this year is by Eric Larsen, who reached all three poles within a year. Eric skied to the South Pole in January, the North Pole in April and summitted Everest 6 days ago – an amazing feat! This month’s featured expedition is another incredible athlete, French-American Dimitri Kieffer who is circling the globe by human power. He trekked through Alaska, across the Bering sea to Siberia and now is about to resume his march across the Siberian tundra.

We hope you are having a wonderful fall and wish you all the best as you prep for your winter adventures. 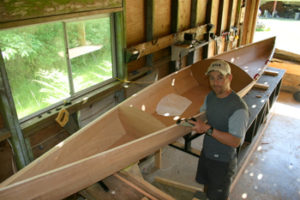 February Update – Where did February go?

We’ve been so wrapped up in the excitement of the[...] 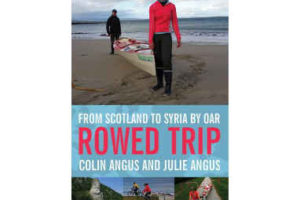 As always, summer seems to slip by faster than expected,[...] 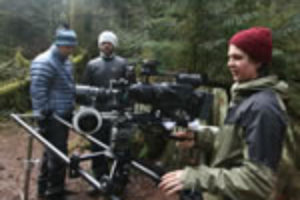 Now that we have finished the book Rowed Trip, we[...]