Read Times Colonist article below or on their website.

Mission: Cross the Atlantic, no humans aboard 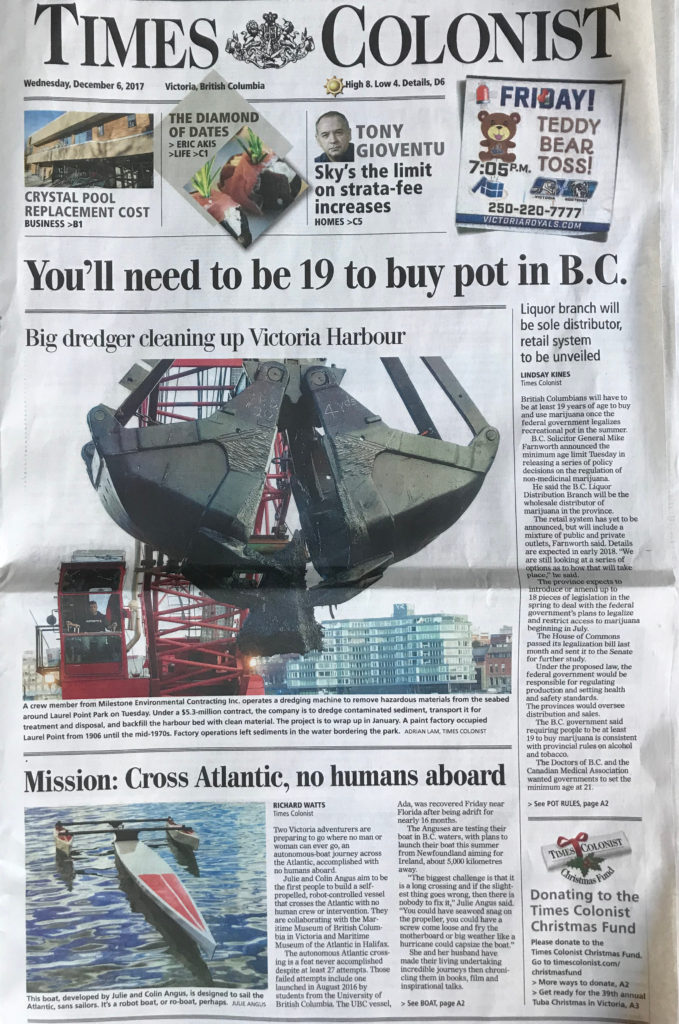 Two Victoria adventurers are preparing to go where no man or woman can ever go, an autonomous-boat journey across the Atlantic, accomplished with no humans aboard.

The autonomous Atlantic crossing is a feat never accomplished despite at least 27 attempts. Those failed attempts include one launched in August 2016 by students from the University of British Columbia. The UBC vessel, Ada, was recovered Friday near Florida after being adrift for nearly 16 months.

The Anguses are testing their boat in B.C. waters, with plans to launch their boat this summer from Newfoundland aiming for Ireland, about 5,000 kilometres away.

“The biggest challenge is that it is a long crossing and if the slightest thing goes wrong, then there is nobody to fix it,” Julie Angus said. “You could have seaweed snag on the propeller, you could have a screw come loose and fry the motherboard or big weather like a hurricane could capsize the boat.”

She and her husband have made their living undertaking incredible journeys then chronicling them in books, film and inspirational talks.
Julie and Colin rowed a boat across the Atlantic in 2005-06. That Atlantic voyage made Julie the first woman to complete such a crossing and found its way into the book Rowboat in a Hurricane (October 2008). The voyage also formed a leg of Colin’s quest, begun in 2004, to circumnavigate the globe entirely with human power and another book Beyond the Horizon (February 2008).

Kristoffer Vik Hansen, one of the UBC students behind the Ada attempt, said for a successful autonomous crossing the boat must complete the trip entirely on its own. Any move to adjust the boat’s direction or passage even by far-off remote control is a disqualifier.

Hansen said that’s especially difficult considering the countless small things undertaken by any human sailor aboard a small boat, from tightening screws to tiny course adjustments to keep the craft on course. The engineer and software developer said any successful craft must have computerized sensory technology to adjust for weather and cameras to keep watch for obstacles.

Hansen and his colleagues decided to propel their crew-less boat with a sail, to add another challenge, and dubbed it a “sailbot.”
“We just wanted to see how far we could push the bar to make an autonomous vehicle that is completely self contained,” he said. 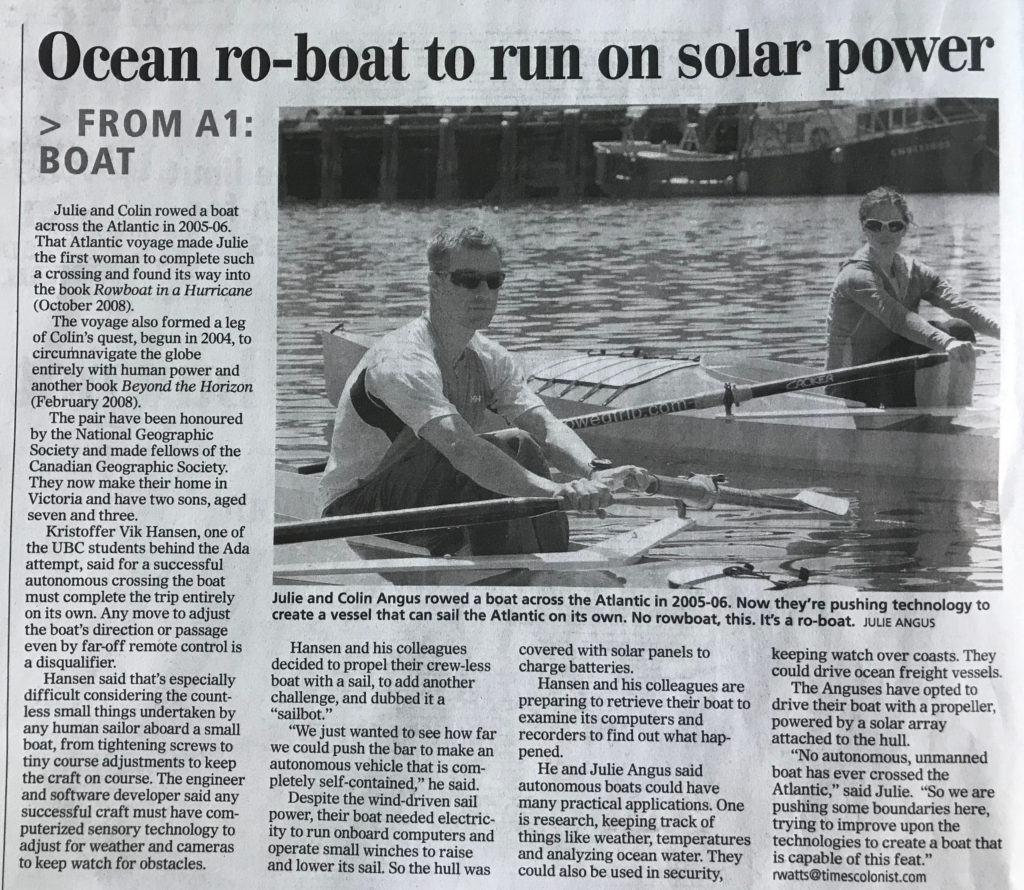 Despite the wind-driven sail power, their boat needed electricity to run onboard computers and operate small winches to raise and lower its sail. So the hull was covered with solar panels to charge batteries.

Hansen and his colleagues are preparing to retrieve their boat to examine its computers and recorders to find out what happened.

He and Julie Angus said autonomous boats could have many practical applications. One is research, keeping track of things like weather, temperatures and analyzing ocean water. They could also be used in security, keeping watch over coasts. They could drive ocean freight vessels.
The Anguses have opted to drive their boat with a propeller, powered by a solar array attached to the hull.

“No autonomous, unmanned boat has ever crossed the Atlantic ever,” said Julie. “So we are pushing some boundaries here trying to improve upon the technologies to create a boat that is capable of this feat.” 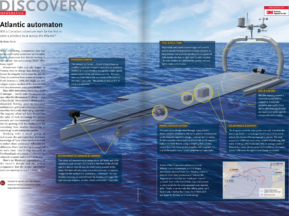 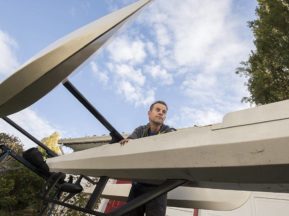 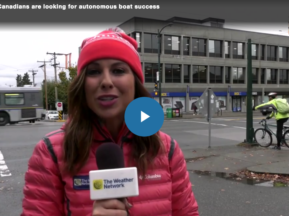 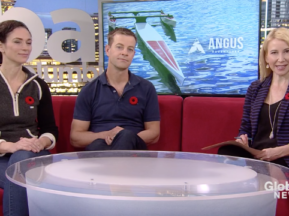